Clarksville, TN – Junior guard Travis Betran, of the Austin Peay State University men’s basketball team, has been named the Copies in a Flash APSU Athlete of the Week.

Betran averaged 20 points in two games at the Cancun Challenge, shooting 56 percent (15-of-27) from the field. He drilled eight three-pointers – four in each contest. 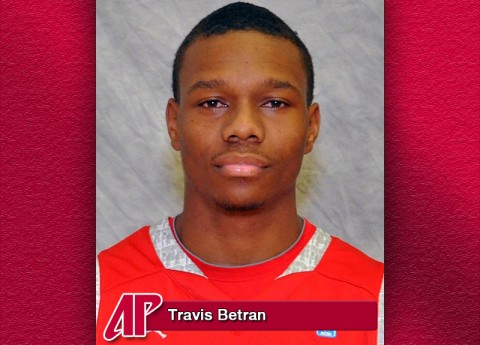 Against Western Carolina, he spurred the Govs second-half comeback with 13 of his game-high 22 points coming in the second half. He was also the Govs leading scorer against Gardner-Webb with 18 points.

For his efforts, Betran was named to the Mayan Division All-Tournament team. He also earned his second OVC Newcomer of the Week honor in the season’s first month.