Murfreesboro, TN – Scoring droughts on either side of halftime doomed Austin Peay State University women’s basketball team in a 70-56 loss to Middle Tennessee, Tuesday, at the Murphy Center. 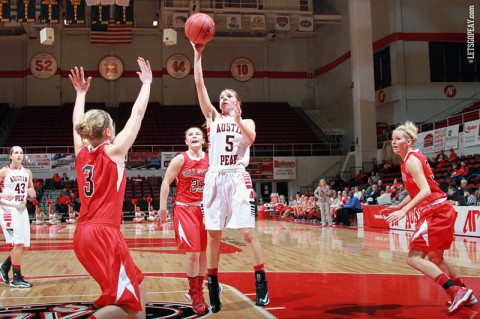 Austin Peay (2-6) used a 12-4 first-half run to take and build its first lead, 23-18, with 7:09 remaining in the first half. The Lady Govs offense got four points from both senior Leslie Martinez and freshman Jennifer Nwokocha during the run. Austin Peay’s defense also found its stride, forcing seven turnovers during that nearly five minute stretch.

Middle Tennessee (5-3) recovered and closed the first half with a 21-7 run to take a 40-30 halftime lead. The Lady Govs offense suddenly went cold, failing to hit a field goal over a six minute span after building its five-point lead.

The second half did not start any better for Austin Peay as Middle Tennessee used a 17-7 run over the opening 8:33 to build a 20-point, 57-37, lead. The Lady Govs would steady themselves and not allow the lead to grow larger over the next four minutes.

Austin Peay’s offense would wake up again over the final 7:33, outscoring the Blue Raiders 15-5, slashing the deficit in half and settling on the final score. Senior Nicole Olszewski scored six points and senior Meghan Bussabarger added four points during the game-ending burst. 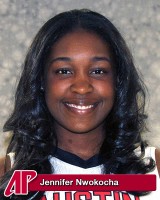 Austin Peay returns to action when it hosts NAIA foe St. Catharine in a 4:00pm, Sunday contest at the Dunn Center.