Showtimes are 2:00pm and 7:00pm. Doors open one hour before showtime. 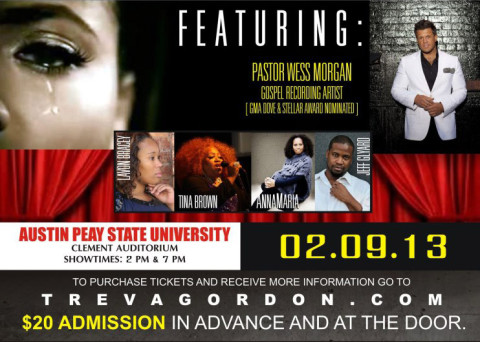 This play is about a young woman named Renee who thinks she has found the man of her dreams. Despite her father’s wishes, she sets out on this journey to move away to the big city to live with Michael. In the end she finds that all things involving this relationship were all a lie. Renee finds out that Michael isn’t quite the prince charming she imagined he would be.

Deception “Fooled by a Feeling” will be traveling to 7 cities throughout Tennessee and Kentucky in the year 2013 year.