On January 6th, 2013, the 73 year old man filed a police report in reference to Rhonda Mason, taking money from inside of his home. 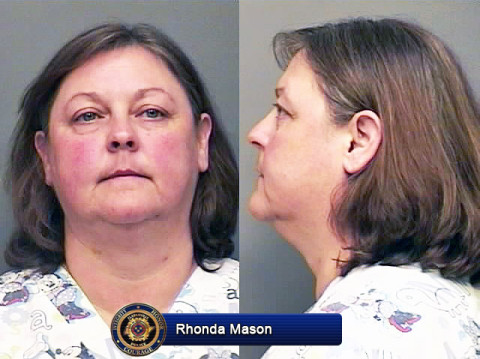 The man noticed a few months ago that an undisclosed amount of money had been taken from inside of the house, so he installed a hidden camera in the house to identify the perpetrator.

On two separate occasions, January 3rd and 4th, 2013, Mason was caught on camera taking money from inside of the house. The victim positively identified Mason as the person in the video, taking the money.

On January 9th, 2013, around 8:30am, Rhonda Mason was charged with Two Counts of Felony Theft.