Clarksville, TN – Junior Xiamar Richards, of the Austin Peay State University women’s track and field team, has been named the Copies in a Flash APSU Athlete of the Week.

Richards broke her own school record in the 5000m indoor run at Saturday’s TSU Invitational with a 17:52.32 mark that placed her second. It’s the second-fastest mark in the Ohio Valley Conference this season and bettered her old mark by nearly seven-tenths of a second. 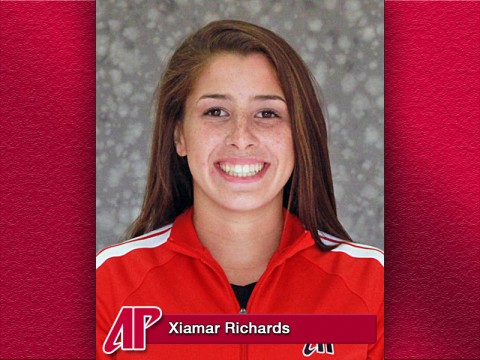 Tuesday, Richards was named OVC Women’s Track co-Athlete of the Week, her first career weekly honor in track and field. She was named women’s cross country’s Runner of the Week, October 9th, for earning her career’s third win at the JSU Foothills Invitational.