Clarksville, TN – On February 10th, 2013, around 12:30am, Clarksville Police received a tip that Martavious Demond Briggs was in a club at 202 Walker Street. When Police arrived, they found Martavious Briggs inside the club and took him in custody without incident.

Martavious Briggs was wanted by Clarksville Police in connection with a case where shots were fired at a party at 135 Westfield Court January 31st, around 10:30pm. Two people had received gun shot wounds in the incident. 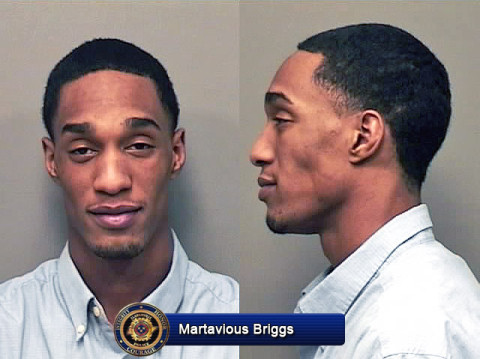 He is considered to be armed and dangerous.