“The partnership with the ANA has been a big thing,” said Mickey. “We’ve been teaching them marksmanship skills, land navigation and battle drills.”

Mickey and Smith both enjoy the challenges that arise with working with their Afghan counterparts.

“We really enjoy working hand in hand with the ANA and AUP,” said Mickey. “Mentoring them is like having a group of new privates we can train to do things the right way.”

The training is not without struggles. 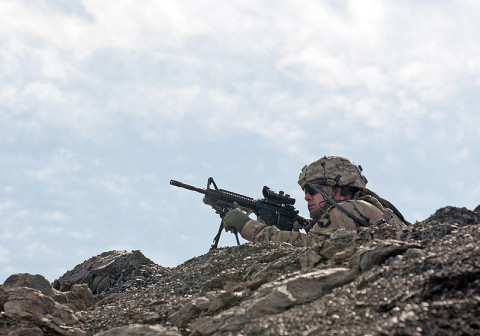 “There’s times when it’s frustrating,” added Mickey. “They don’t listen or they think they have it all figured out, you have to coach them.”

In the mountains of Paktya Province, the ANA tends to be further ahead with their training. For the AUP, coaching is continuous, both at the COP and on patrol.

The platoon conducted a joint partnership patrol with the AUP, February 12th, in the nearby village of Nasir Aqu Zarat, to talk to locals and disrupt enemy movement in the area. 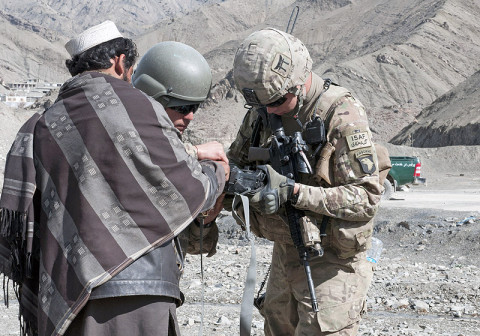 “When they go through a village they’re more hasty than deliberate,” said Mickey. “Even though we have all the time in the world. We’ll pull them back and have them do more thorough searches and set up better security.”

“I think with the ANA and the AUP, it’s hard to get them to see the big picture,” said Mickey. “They’ll see we need to clear a town, but not what kind of security they need to set up.”

“This patrol went well,” said Smith, “We accomplished our mission, they just need more training. The AUP are lagging behind their ANA counterparts here, I think we’ve just spent more time with the ANA.”

For the soldiers of the ANA, things are starting to go much smoother.

“The security forces advise and assist team has worked with them a lot to develop their operational planning,” said Smith. “In the last couple of weeks they’ve started coming to us more and more saying ‘we’re going to do this mission, this is how we want you to support us.’”

The Soldiers of 3rd Plt. understand their changing roles in Afghanistan.

“It’s kind of weird going from a fight were we’re on offense, to getting ready to leave the country,” said Mickey. “It has taken some time to get used to not being the door kicker and not planning the patrols.” 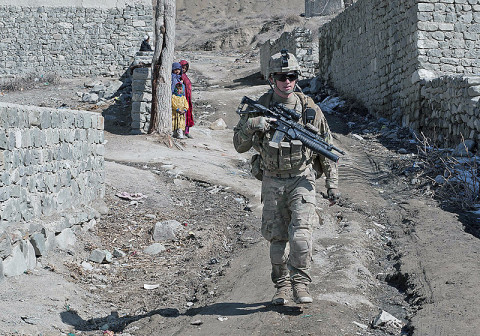 The platoon will continue their mission with the ANA and the AUP in the mountains of eastern Afghanistan.

“Our guys are doing really good, they’re really motivated,” said Smith. “They see the big picture and understand what we’re doing out here.”