Brentwood, TN – The field for the men’s and women’s Ohio Valley Conference Basketball Tournament has been set.

The first round of the tournament will kick off Wednesday, March 6th at the Nashville Municipal Auditorium. 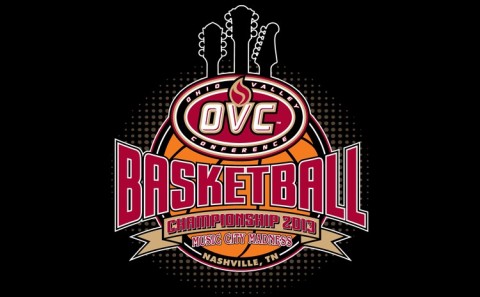 Belmont will be the No. 1 seed after winning the OVC regular season championship in its first year in the league. Murray State took first place in the West Division and is the No. 2 seed. Under the league’s merit-based bracketing system both teams will receive double byes to Friday’s semifinals.

The No. 3 and No. 4 seeds are Eastern Kentucky and Tennessee State. Both of those teams receive a single bye to Thursday’s quarterfinals.

The field is rounded out No. 5 seed Morehead State, No. 6 seed Southeast Missouri, No. 7 seed Eastern Illinois and No. 8 seed UT Martin.

For the third year in a row all eight men’s and eight women’s team will play every game of the Championship at Municipal Auditorium in Nashville, Tenn. The merit-based system gives the No. 1 and 2 seeds a double bye to the semifinals while the No. 3 and 4 seeds get a single bye to the quarterfinals. The first round will match up the No. 5/8 and No. 6/7 seeds.

This year marks the 50th time the OVC Men’s Basketball Championship has been held; the event is the fourth oldest Division I basketball championship tournament.

This year’s first round and quarterfinals can be seen for free exclusively on the OVC Digital Network (http://www.OVCDigitalNetwork.com), the league’s web streaming platform.

The games are available on any computer, tablet or smart phone without needing any special downloads, apps or registration.

Eastern Illinois earned the No. 1 seed after winning the West Division while Tennessee Tech took first place in the East Division and the No. 2 seed. With earning the No. 1 and No. 2 seeds, the Panthers and Golden Eagles receive byes into the semifinals.

In its first year in the league, Belmont took the No. 3 spot while UT Martin is No. 4 and will receive first-round byes. Eastern Kentucky earned the No. 5 seed while SIUE is the No. 6 seed. Tennessee State and Murray State rounded out the tournament field.

The four-day event will take place March 6-9 at the Municipal Auditorium in Nashville, Tenn. The first rounds and quarterfinals will be available on the OVC Digital Network while the semifinals and finals will be air on ESPN3 and on select channels in OVC markets. Among the local channels are WCTE, WEIU and WJXS.

Facebook
Twitter
Pinterest
Email
Print
Previous articleAPSU concert to showcase beauty and versatility of the cello in Britten Suites
Next articleWeekly Market Snapshot from Frazier Allen for the week of March 3rd, 2013