Clarksville, TN – On March 10th, around 10:30pm, Clarksville Police Officers responded to a call of a 21 year old man being threatened with a shotgun at 3414 Pembroke Road.

The 21 year old man was dropping off his 18 year old girlfriend at the residence when Jonathan Hargadine came outside on the porch with a shotgun and threatened to shoot the 21 year old if he did not leave. 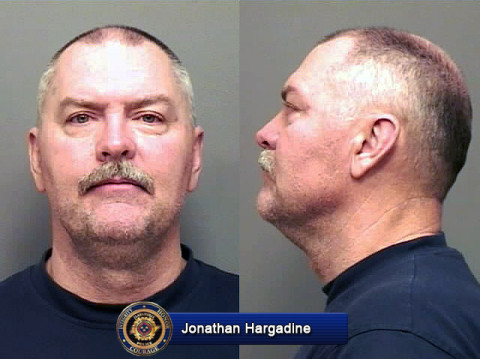 The 21 and 18 year olds believing the threat was real, immediately left, called 911, and went to a nearby business to wait for officers to arrive.

Officers went to the house, could see Hargadine inside, but he refused to come to the door. Police were finally able to establish telephonic contact with Hargadine’s wife who was also inside of the residence.

Officers were told that Jonathan Hargadine would not come to the door and his spouse was not allowed to leave. He did not physically assault or threaten his spouse, but verbally gave her commands about not leaving.

The house was surrounded and Crisis Negotiators and the Tactical Unit were called to the scene. Around 3:00am, the spouse left the residence after Hargadine fell asleep.

Officers were finally able to convince Hargadine to come out of the residence around 4:00am and took him in custody without injury or incident.