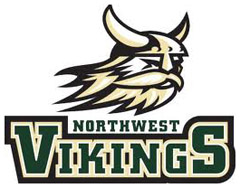 Clarksville, TN – Northwest improved to 2 – 0 on the season with an extra inning 11 – 10 victory over Creekwood at Riley Martin Field Tuesday night.

Northwest scored 4 runs in each of the first 2 innings to take an early 8 – 0 lead but Creekwood would score 3 runs in the 5th and 6 runs in the 6th to tie the game at 10 to force extra innings.

Zach Schilling lead off the bottom of the 8th inning for the Vikings with a double.

After a Creekwood balk that moved Schilling to 3rd, Shawn Howard hit a hard ball off the shortstop’s glove that scored Schilling with the winning run.  Ty Haston lead the Vikings at the plate by going 4 for 4 with a Home Run.  Chad Chisolm went 2 for 3 with a double and 4 RBI’s.

Brandon Pociask was the winning pitcher after entering the game in the 6th inning and getting out 9 of the 10 batters he faced, striking out 8.  Creekwood was led by Jamie Williams with 2 hits.

Northwest will travel to Hopkinsville on Friday to face the Tigers. Game time is 5:30pm.