Nashville, TN – The Tennessee Bureau of Investigation overnight arrested a Hopkinsville, KY woman for sex trafficking a juvenile after an undercover operation.

TBI arrested and charged Elizabeth Cook, 26, of 514 West 15th Street, with one count of human trafficking by promoting the prostitution of a minor. TBI conducted the undercover operation into possible sexual exploitation of a minor on Backpage.com. 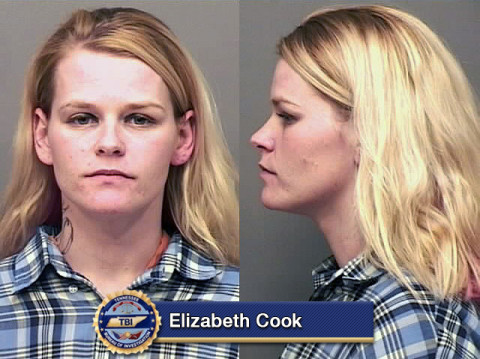 Cook brought the 17-year-old female, who is a relative, who  she advertised for prostitution to a motel in Clarksville for the purpose of having her engage in prostitution. Today, the victim is home with her mother.

The TBI conducted the investigation with the assistance of the Clarksville Police Department. Cook was booked into the Montgomery County Jail on a $50,000 bond.