Nashville, TN – The Tennessee Bureau of Investigation obtained additional indictments against a former Clarksville bank teller after presenting the case to the Montgomery County grand jury earlier this month.

Kristy Hodges, 30, of Cunningham, Tennessee. was indicted on an additional 43 counts of false bookkeeping and one count of theft over $60,000. She was arrested on March 12th, 2013 and booked into the Montgomery County Jail on $5,000 bond. 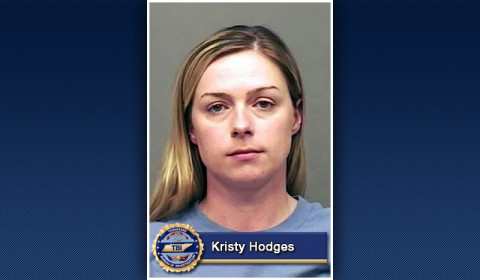 In September of 2012, the 19th Judicial District Attorney General  requested TBI investigate  allegations of embezzlement by Hodges from the at the Capital Bank branch located at 25 Jefferson Street. Hodges stole approximately $64,000.00 between 2008 and 2012.