HomeNewsClarksville Police arrest Man out on Bond for Theft after he falls...
News

Clarksville, TN – On March 17th, 2013, Michael Ryan Frazier, spent about two hours in jail before he was able to make Bond after being booked into the Montgomery County Jail on Burglary and Forgery charges.  He wasn’t out too long before he had another encounter with law enforcement.

On March 19th, 2013, around 5:00pm, Clarksville Police were called to 2220 Madison Street after Frazier was spotted by the business owner stealing an energy drink. The business owner confronted Frazier and a verbal argument ensued. 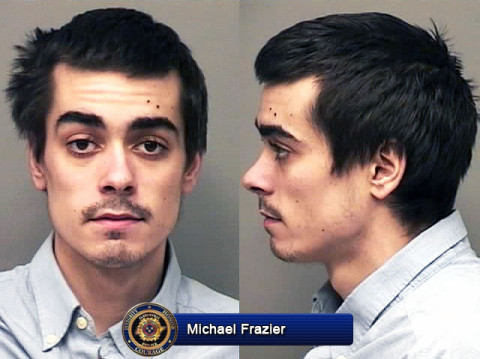 Shortly after that, he came crashing through the ceiling and hit the floor. He got up and entered the ceiling again, through the bathroom area. When Police arrived, Frazier was still in the ceiling trying to get away from the business owner.

Finally, Police were able to coax Frazier down and take him in custody.

He also had warrants which were on file for Forgery, Theft, and Vehicle Burglary.