Military medical personnel quickly stride to and from rooms like bees around a honey comb completing their daily duties.

This facility, built to aid and save lives is also training grounds for Afghan National Security Forces aspiring to become medics.

“I have been training Afghans the entire deployment,” said Mada. “Teaching them to be actual medics, not just combat medics.”

Mada has used his 11 years of medical experience to teach the ANSF not only to be an effective medic while out on mission, but to also be capable of working within a medical center.

“I was a line medic on my last deployment,” said Mada. “It was what I imagined doing when I enlisted, go to war and be the medic.” 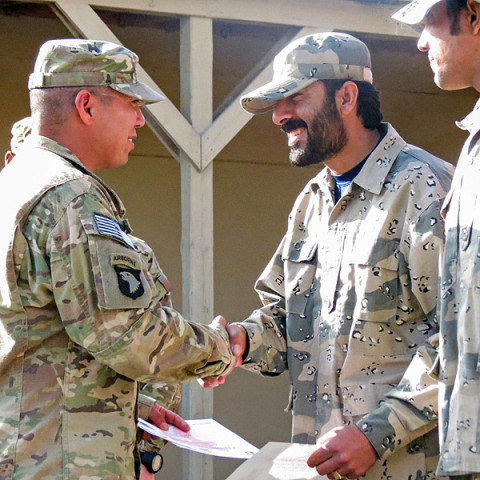 Understanding the need for sustained medical capability, Mada balanced his daily medic shift with time to teach Afghans from the Afghan National Army, the Afghan Uniformed Police and the Afghan Border Patrol during his deployment.

“When I got here I was told I would be instructing classes,” said Mada. “I made it happen; I put my plans together and came up with a time frame for the class.”

Not knowing the amount of medical knowledge his students would have coming into this class, Mada hoped for the best, but also planned for the worst.

“They had no training what so ever when they first came to us,” said Mada.
They remembered how to put on tourniquets from their basic training and that was it.”

Mada has since assisted the Afghans by teaching them a number of procedures important for medical personnel in a combat environment. 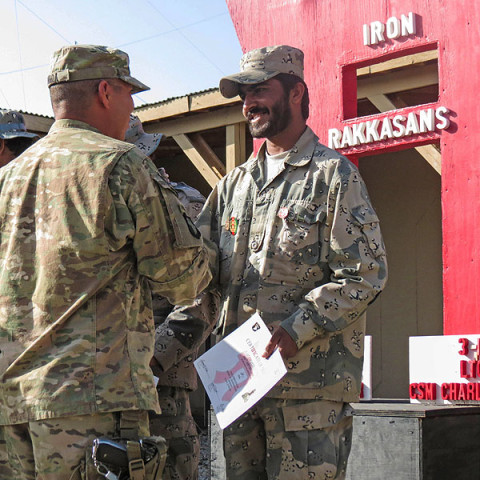 Mada spent many hours teaching the Afghans the subjects the Afghans need in order to set them on the path to success. Like a professor, Mada was confident in his course and was willing to devote as many hours as he needed to help construct the ANSF’s medical corps.

“I had to come up with outlines of what I wanted to teach, and then sent it up my chain of command to make sure what I was teaching is what they wanted,” said Mada. “Once I got my plan I would start making my lesson plans for training.”

Mada worked hard to organize his daily lessons for the Afghans, but he found himself encountering a predicament he didn’t think of.

“They were very fast learners,” said Mada, showing his surprised expression while remembering his students.

“I thought it would take more time because of the language barrier,” continued Mada. “But they learned really quickly and they studied a lot, too.”

Mada found himself constantly raising the difficulty level of his classes because the Afghans were soaking up his curriculum like human sponges.

“I tried to keep the training challenging,” said Mada. “But that became more of a challenge for me because they were learning so quickly.”

While Mada trained the ANSF other medics within the combat support hospital became interested in the outcome of the Afghans classes, as well. Mada used that interest to his advantage.

“We had a couple of different friendly competitions between my students and the U.S. medics here,” said Mada. “We would do timed lanes on subjects such as trauma. These lanes helped prepare them for the real thing.” 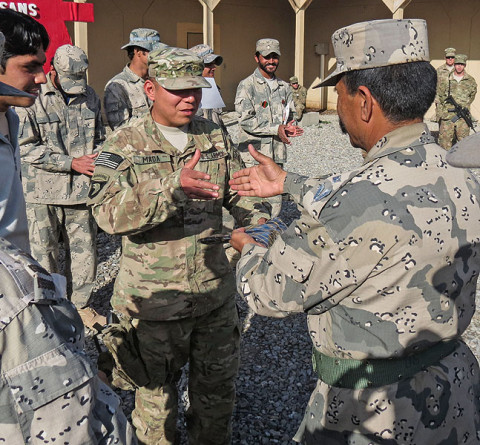 “The medics here really enjoyed working with the Afghans,” Mada continued. “And everyone did really well on the lanes.”

Though not on the line anymore, Mada stands proud knowing he has changed lives during this phase of Operation Enduring Freedom.

“I’m glad to have taken part in this phase of OEF because this was a great experience,” said Mada. “Being able to teach them how to care for their fellow countrymen without relying on Coalition Forces was rewarding.”

“Now they can help themselves,” Mada continued.

Mada is proud of his students and their accomplishments.

“They were really great students,” said Mada. “They are now the medics of their units. I’m proud of them.”

Even after Mada and other medics depart, the ANSF will continue missions knowing that their medical corps is more than capable of rendering aid to those in need.

Facebook
Twitter
Pinterest
Email
Print
Previous articleTennessee Department of Health gives Parental Advice to ensure Safe, Healthy Prom Nights
Next articleRivers and Spires Festival this weekend has something for everyone