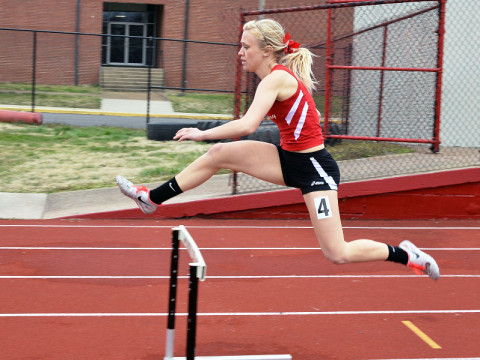 This will be the third year in a row Austin Peay will host Tennessee Tech and Murray State in a tuneup that will feature meet scoring similar to the upcoming OVC Championships.

The Lady Govs will be on their home turf for the second time in 2013, and first since March 30th when they hosted the APSU Invitational. Freshman Breigh Jones (400m dash) and sophomores Erika Adams (100m dash) and Natalie Olbderding (400m hurdles) picked up wins for the Lady Govs in that meet.

Senior Chantelle Grey continues to widen the gap between her and the rest of the OVC in the 800m run. She leads the conference by more than two seconds and ranks 33rd in the NCAA East region rankings.

The battle between Murray State and Austin Peay in the 4x400m run will be one to watch. One day after Austin Peay claimed third in the conference in the event with a 3:47.12 mark at Vanderbilt, the Racers responded with a 3:46.96 relay at the Mississippi Open to leapfrog the Lady Govs.