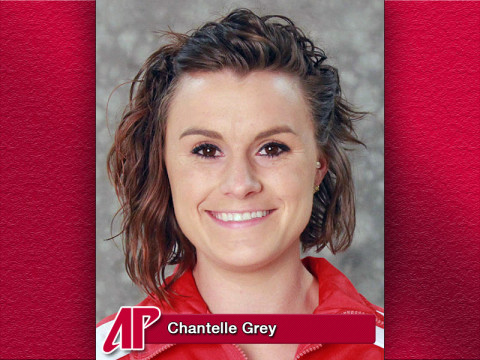 The Missoula, MT, native won the 800m run at the Vanderbilt Invitational with a season-best 2:07.18 mark. It was her second outdoor victory this season – both coming at Vanderbilt.

She also won the 800m at the VU Black and Gold back on March 23rd. She’s currently 33rd in the NCAA East regional rankings, less than half a second away from a top-25 mark.

Grey’s mark extends her lead in the OVC 800m race to more than two seconds over SIU Edwardsville’s Aftan Noon. The pair finished first and second in February’s OVC Indoor Championships and seem primed to do battle again in next month’s outdoor tournament.

This is Grey’s third weekly award in 2013. She shared the Jan. 15th indoor honor with Eastern Kentucky’s Ann Eason and won the March 26th outdoor honor.