After a new floor was installed on Dave Loos Court last year summer, new scoreboards will follow this summer.

Beginning Monday, the old scoreboards and video boards, which were sold by the University through Govs Deals, were taken down. 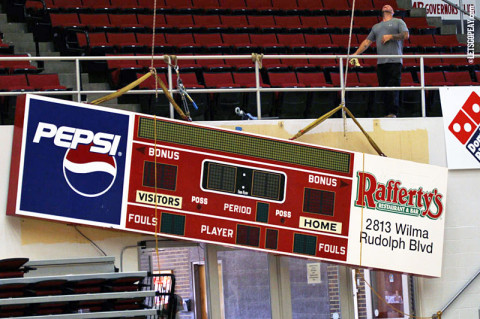 The old scoreboards were installed in the early 1990s.

In addition to new scoreboards, the Dunn Center also will see the presence of LED tables both along press row and the scorer’s table.

Those tables presence will allow APSU to alleviate some of the signage clutter in the Dunn Center.