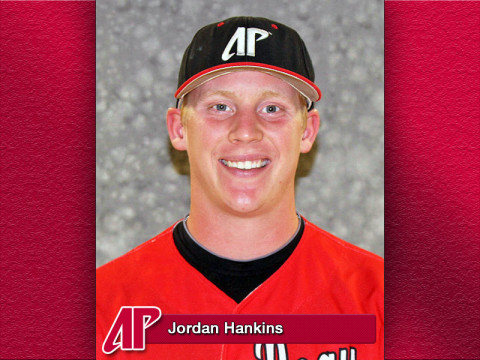 A 2012 and 2013 first-team All-OVC selection, Hankins played both second (where he was selected for All-America honors) and third base in his junior campaign. He played 44 games at second base and 18 at third, including the season’s final 14 games. Hankins also saw his position in the batting order change during the season, moving from the No. 3 spot to the No. 2 spot late in the season.

The changing of positions did not affect his production at the plate where he posted a .352 batting average with 11 home runs and 54 RBI. Always a difficult player to strikeout, Hankins led the Govs with 39 walks in 2013 and his 25 strikeouts were the fewest of any Govs player with more than 180 at-bats.

Hankins was selected in the 11th round of the 2013 Major League Baseball First-Year Player Draft by the Chicago Cubs.