Washington, D.C. – In cooperation with the U.S. Consumer Product Safety Commission (CPSC), Baby Matters LLC of Berwyn, PA, is announcing a voluntary recall of all models of its Nap Nanny and Nap Nanny Chill infant recliners and covers.

This recall is announced as part of the settlement of an administrative case filed by CPSC in December 2012, which sought a mandatory recall of the Nap Nanny and Chill products.

From 2009 to the present, the Commission staff has received at least 92 incident reports involving the Nap Nanny and Nap Nanny Chill products, including five infant deaths. 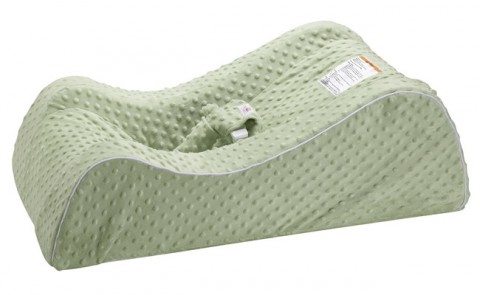 CPSC is aware of four infants who died in Nap Nanny Generation Two recliners and a fifth death involved in the Chill model. In the incident reports received by CPSC, there were 92 reports of infants hanging or falling over the side of the products, including some infants who were restrained in the product’s harness.

CPSC urges consumers to immediately stop use of all Nap Nanny and Nap Nanny Chill recliners. Baby Matters LLC is no longer in business and is not accepting returns.  In December 2012, four major retailers—Amazon.com, Buy Buy Baby, Diapers.com, and Toys R Us/Babies R Us—announced a voluntary recall of Nap Nanny and Chill [1] models sold in their stores. Consumers who purchased a Nap Nanny from one of these retailers should contact the retailer for instructions on how to obtain a refund for the product.

CPSC urges other consumers to immediately dispose of the products to ensure that they are not used again.

In December 2012, CPSC staff filed an administrative complaint [3] against Baby Matters LLC seeking a recall [4] of the Nap Nanny and Nap Nanny Chill infant recliners.  CPSC staff and Baby Matters LLC reached a settlement agreement [5] that includes the recall announced today and ends the legal proceeding against the firm.

The settlement resolves CPSC staff’s allegations that the Nap Nanny and Chill products create a substantial product hazard. CPSC alleged that the products contain a design defect, their use presents a risk of injury to infants, and the instructions and warnings are inadequate.  Baby Matters disputed these allegations but has agreed to the recall in consideration for dismissal of the CPSC lawsuit.

It is illegal under federal law for any person to sell, offer for sale, manufacture, distribute in commerce, or import into the United States any model of the Nap Nanny or Chill recliner or the covers.

The U.S. Consumer Product Safety Commission is charged with protecting the public from unreasonable risks of injury or death associated with the use of the thousands of consumer products under the agency’s jurisdiction. Deaths, injuries and property damage from consumer product incidents cost the nation more than $900 billion annually.

CPSC is committed to protecting consumers and families from products that pose a fire, electrical, chemical or mechanical hazard. CPSC’s work to ensure the safety of consumer products – such as toys, cribs, power tools, cigarette lighters and household chemicals – contributed to a decline in the rate of deaths and injuries associated with consumer products over the past 30 years.

Federal law bars any person from selling products subject to a publicly-announced voluntary recall by a manufacturer or a mandatory recall ordered by the Commission.

To report a dangerous product or a product-related injury go online to www.SaferProducts.gov [6] or call CPSC’s Hotline at 800.638.2772 or teletypewriter at 301.595.7054 for the hearing impaired. Consumers can obtain news release and recall information at www.cpsc.gov [7], on Twitter @OnSafety [8] or by subscribing to CPSC’s free e-mail newsletters [9].