Titans tickets can be purchased at the LP Field Ticket Office or by calling Ticketmaster at 1.800.745.3000, visiting any Ticketmaster outlet, or going online to the Ticketmaster web site at www.Ticketmaster.com.

The price for individual game tickets starts at $36.00.

Tennessee begins against the San Diego Chargers on Sunday, September 22nd and will host the NFC Champion San Francisco 49ers on October 20th. The Titans will be featured in a November 14th prime time game at home against their division-rival Indianapolis Colts.

To become a Titans Season Ticket Member, complete our online form to receive information, or call 615.565.4200 to speak with a knowledgeable Titans Ticket Office representative. 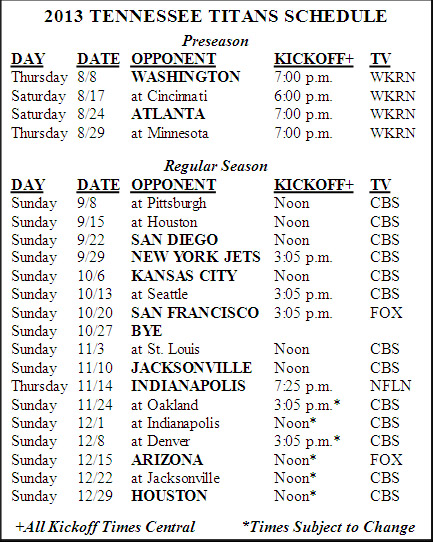