Earlier Tuesday the Southeastern Conference announced its television schedule for the season’s first three weeks and with that came APSU’s game times at Tennessee (August 31st) and at Vanderbilt (September 7th). 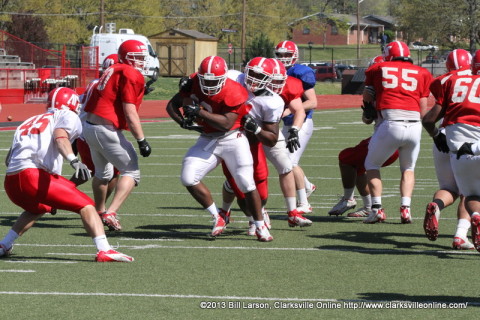 The Governors game in Knoxville, TN  will be a 6:00pm ET/5:00pm CT at Neyland Stadium . The next week’s contest at Vanderbilt will be a 6:30pm kickoff at Dudley Field.

Austin Peay’s contest with Tennessee will be shown on pay-per-view basis while the Govs-Vandy game will be televised by CSS.

The only game time APSU now is lacking is its November 9th game at Hale Stadium in Nashville, TN against Tennessee State.