The 52 acre park will feature a large pavilion which will have enough space to accommodate larger events such as craft-fairs, trade shows, fundraisers for the community, public gatherings, and you will be able to rent the facility for private events. 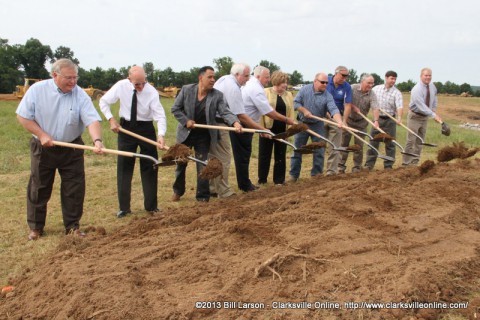 The groundbreaking for Richellen Park in southern Montgomery County

There will also be a total of 8 ball fields with two of them being championship fields featuring more luxurious stadium seating along with other amenities. The ballfields will be tiered to take maximum advantage of the available space in the rolling terrain that comprises the new Park.

Other features include ample natural areas bordered by walking trails, a smaller pavilion intended for picnicking, as well as two playgrounds. 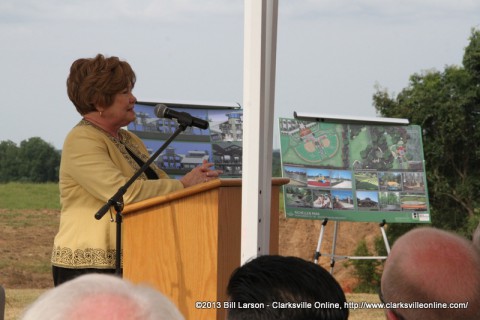 “We had looked for property in South Montgomery County for two or three years, and it’s difficult to find level property that has access to a main highway, and those were the primary criteria we were looking for,” said County Mayor Carolyn Bowers speaking to Clarksville Online after the groundbreaking.

She continued, “The Tinnin family had purchased the property with the intent of building a home here, but had decided not to for personal reasons; and so they offered to sell it to the county for use as a park.”

“They offered us a really good price on it, and said that they didn’t need it all up front,” said Bowers. A move that allows the county to spread the cost out over a several years. “When County representatives toured the property they saw that it fulfilled both of the primary requirements; not only that, but it also offers a wonderful scenic vista,” she said.

With the recommendation of then Montgomery County conservation Board chairman John Bartee, the county moved to seal the deal. The Tinnin’s had one last request, which was that the park be named after Richard and Ellen Henry-Hoffman, Annette Tinnin’s parents, and thus the park became Richellen Park. 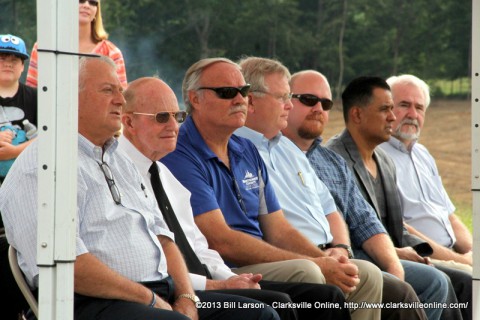 Dignitaries at the Groundbreaking for Richellen Park

According to Elizabeth Black, the public information officer for Montgomery County Tennessee, acquiring the land was just the first step. “After the site for the park was selected, the county held a series of public meetings to get comments from the community as to what they wanted to see in their park.” What emerged from those meetings were simply unrealistic based on the funding which was available for the project, and so the plans had to be scaled back.

“The land is one of the less expensive parts of the project. This is virgin land which means that it has no utilities on it, and that makes this an expensive project. That along with the excavation that will be required to build the ball fields increases the price,” said Mayor Bowers. The park is expected to cost $9.8 million once completed.

“While Montgomery County has renovated parks in the past, this is the first one that we have built from scratch. But it will be beautiful and unique, and one of the center points of the county parks system,”
she concluded. 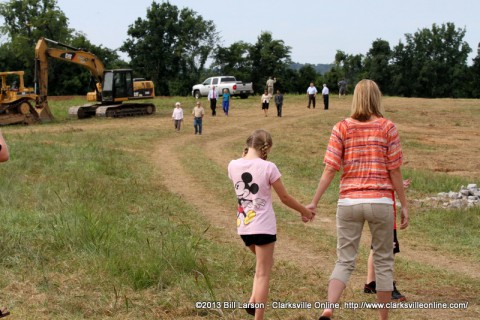 Black was also clearly excited about seeing the project coming to fruition, “Once it is completed Richellen Park will be a truly unique facility for Montgomery County,” she said. “The engineering firm of Smith, Seckman, and Reid (SSR) was contracted to handle the design for the new park, with Jones Brothers Inc. of Mount Juliet, Tennessee handling the excavation.”

“A year from now you won’t even recognize this place,” said Dalton Harrison, the Commissioner for District 6. “People will be able to bring the children and grandchildren out here to play and enjoy the nature it will be a lovely place. I’m and most looking forward to the extensive walking trails which will go through the woods. We have already spoken with Boy Scout troops who are interested in coming out and adding informative signage along the trails.”

“I am so glad that the county decided to take my offer to locate a park on this property, it is sacred to me,” said Charles Tinnin. “We are very happy the park will be named Richellen after Annette’s mother and father. I think that too often we forget who made us what we are today, and they are the ones that made me what I am today,” he said.

“I think that the new Park has such a unique feel to it when you compare it to other park projects we have worked on,” said Andrew Johnson, a Senior civil engineer with Smith Seckman and Reid Inc. “when you look at the topography of the land, it was a nice challenge to work out the grades and layouts that will ultimately become a beautiful 8 ball field complex.” He continued, “when you come out here and are exposed to the natural beauty with a lot of wooded areas, beautiful terrain, it has such a great character.” 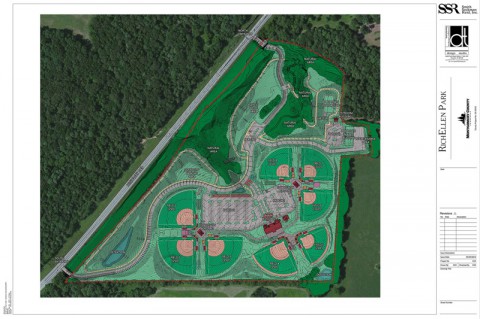 A rendering of the RichEllen Park