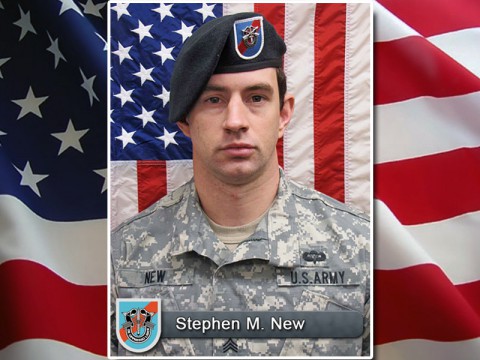 The 29-year old soldier grew up in Memphis, Tennessee and graduated from Bolton High School in the Arlington community in 2003.  Later that year, New enlisted in the United States Army to serve as a health care specialist.  He served with Headquarters, 75th Ranger Regiment in Fort Benning, Georgia until his enlistment ended in 2005.

“The State of Tennessee grieves with the New family and remembers the ultimate sacrifice given by Stephen’s service to our country,” Haslam said.  “There is no way to truly express the sadness or gratitude we feel for the selfless and brave actions of Staff Sergeant New.” 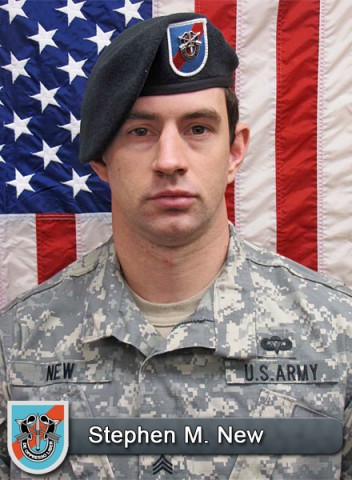 “We pause to remember Staff Sergeant New and the precious family he leaves behind,“ Grinder said.  “Let us never forget or take for granted the sacrifice that Stephen courageously volunteered for us that we would remain free, safe and proud.”

“In lieu of flowers, donations may be made in Stephen New’s name to either the Green Beret Foundation at www.greenberetfoundation.org [1], the Ukrainian Gypsy Orphan Project at Eads Baptist Church at 2960 Jefferson Road, Arlington, TN 38802, 901.867.0561, or missionaries Brandon and Michelle Burch [2].  Thank you for your support and understanding during this difficult time,” Rachel Schelb said.

Staff Sergeant New’s remains are expected to arrive at Millington Regional Jetport at 8182 Hornet Avenue, Millington at 9:00am (CDT) on Wednesday, August 7th.  Media and public will be staged outside the fence of the Thomas Seale Terminal.  No interviews of family members will be permitted.

Visitation will be held at First Baptist Church, 3755 North Germantown Road in Bartlett from 11:00am-2:00pm (CDT) on Saturday, August 10th. Graveside funeral services will be held after 2:00pm on Saturday, August 10th at the Memphis Funeral Home and Memorial Gardens.  Media will be permitted outside the visitation services at First Baptist Church, but no interviews with family members will be permitted.  The New family requests no media at the cemetery during the burial.