The 6-5, 267-pound senior from Vailoa, America Samoa is one of four Ohio Valley Conference players to earn such distinction. 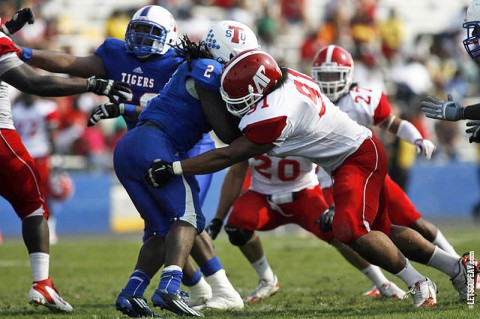 The Senior Bowl’s 2014 Watch List includes more than 400 student athletes from nearly every level of college football. A total of 110 roster spots eventually will be filled to form the North and South squads for the nation’s premier all-star game.

The game will be played, Saturday, January 25th, at Ladd-Peebles Stadium, in Mobile, AL.

As a junior, switching between defensive end and tackle, he finished with 28 tackles, including 5.5 tackles for loss.

Siliva not only is strong on the field, but he is a two-time Capital One Academic All-District selection.