Hellweg has turned in an outstanding season during his first year at the Triple-A level. The fireballer is 11-5 with a 3.16 ERA (42er/119.2ip) in 22 starts for the Sounds this season.

The 24-year-old ranks 2nd in the PCL in ERA and is tied for 2nd in wins, while leading the circuit in winning percentage (.688) and opponents average (.226). 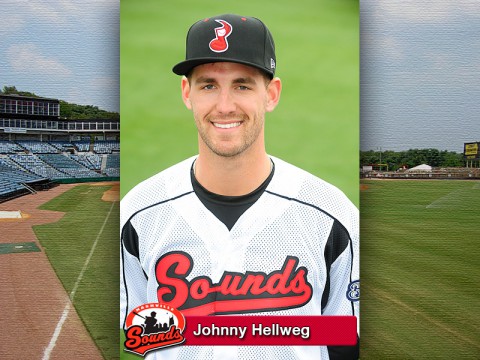 Hellweg received more than half of the votes cast by the PCL field managers and representatives from the media in each city across the league.

Hellweg has gone 10-1 in his last 15 starts for the Sounds after opening the campaign by recording only one victory in his initial seven outings.

The Missouri native has posted a team-best 11 quality starts, including eight victories in a row from May 31st through July 30th, and worked 24.0 consecutive innings without allowing an earned run during a four-start stretch in June and July.

Hellweg is in his second year as a member of the Milwaukee Brewers organization after spending his first four professional seasons in the Angels chain. He was acquired from Los Angeles last July in the Zack Greinke trade.

He was named as a member of the 2013 All-PCL team on Monday, the lone Sound honored on that squad.

Hellweg is scheduled to make his final start of the year for the Sounds on Friday evening against Iowa in the team’s 7:05pm homestand opener at Greer Stadium.