APSU Governors Football on the road against Ohio Bobcats Saturday

Athens, OH – For the first time this season Austin Peay State University’s football team ventures outside the state of Tennessee when it travels north to face Ohio, 1:00pm, Saturday, in Peden Stadium.

This not only will be the Governors’ first out-of-state contest but it as well will be their last non-Ohio Valley Conference game this season. 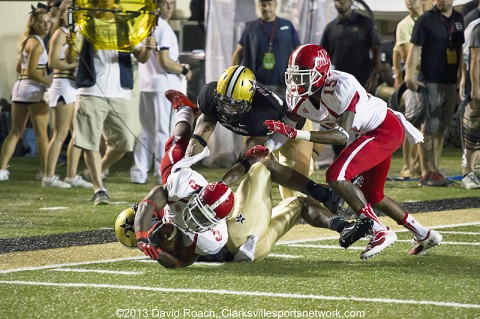 It also will be the Govs’ third contest against Football Bowl Subdivision teams this fall—the Govs are one of only three Football Championship Subdivision programs facing a trio of FBS team in 2013. The game will be available via the internet on ESPN3.

The Governors enter the contest 0-3 while Ohio is seeking its third straight victory. After being pummeled 49-7 in the season against Louisville, the Bobcats have won two straight, including a 34-31 victory against rival Marshall last Saturday.

This is Ohio’s third straight home contests—the Bobcats are 21-5 at home dating back to the 2009 season start. The Bobcats enter week four after defeating Marshall 34-31 in their annual Battle for the Bell matchup.

Ohio is coached by Frank Solich, who took over the dormant program nine years ago and has steadily built into a consistent Mid-American Conference power. The Bobcats are favored to win the MAC East Division in 2013 and are seeking their third consecutive bowl appearance.

Solich was the 2006 MAC Coach of the Year and also was twice Big 12 Coach of the Year when he was at Nebraska, where the Cornhuskers appeared in six consecutive bowl games, including the 2001 National Title game.

On the field, the Bobcats are led by senior quarterback Tyler Tettleton, the son of former major league catcher/designated hitter Mickey Tettleton. The Bobcat signal caller is on the both Walter Camp Foundation Player of the Year and the Davey O’Brien Watch Lists. He has thrown 48 career TD passes.

Joining him in the backfield is All-MAC running back Beau Blankenship, who ran for 1,600 yards as a junior.

On the flip side, defensive back Travis Carrie has been a mainstay at cornerback while doubling as a dangerous kick returner.

The Governors, meanwhile, will attempt to discover consistent offense before OVC play begins, October 5th, at Eastern Kentucky. They have scored just 13 points in three games. More importantly, the Govs’ passing game has yet to net a 100-yard passer and APSU had just 210 yards total offense against Chattanooga last week.

Senior running back Tim Phillips leads the way with 183 yards, including 78 yards against Chattanooga. 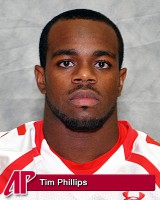 Austin Peay led the OVC in fewest sacks allowed with just 10 in 11 games in 2012. In fact, that number was two better than Jacksonville State and UT Martin. However, in the season opener against Tennessee, the Governors permitted a pair of sacks and allowed four more to Vanderbilt. APSU quarterbacks were sacked just once by UTC. 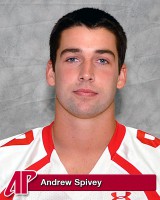 Senior Tim Phillips accounted for all Governors running back carries (14) in the first half against Chattanooga, totaling 65 yards. He finished with 78 yards on 18 carries before departing in the third period.

With Phillips providing 78 of the rushing yards, the Govs finished with 116 yards on the ground against Chattanooga, the first time this season APSU broke the 100-yard rushing barrier this season.

Austin Peay quarterbacks still are seeking an individual 100-yard passing effort in the 2013 season. Starter Andrew Spivey completed 7-of-17 against UTC for 61 yards. 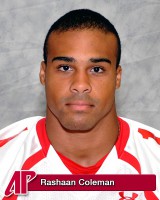 The most combined yards by the Governors so far this season has been 132 yards at Tennessee. As a result, the Governors are 111th out of 114 teams in FCS passing statistics, averaging just 93.3 yards per game.

When Tim Phillips scored on a five-yard first period TD run against Chattanooga it was the Governors first touchdown of 2013. It also was APSU’s first TD in 156 minutes and 13 seconds, dating back to the Governors third-period score against Tennessee Tech in the 2012 season finale. 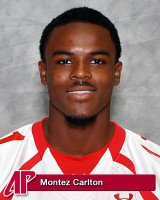 Five of the Govs’ six leading tacklers against Chattanooga came from the secondary, with corner Montez Carlton leading the way with eight stops.

Senior defensive back Leron Eaddy, in his first season with the Govs, was credited with his first interception in the closing minute of the first half against Chattanooga. He also had six stops in the half, finishing with seven overall.

Freshman linebacker A.J. Gray, gaining his most extensive action of the young season, tied for second on the team in tackles with seven against Chattanooga.

Safeties Tyreon Clark, Johnathan Shuler and Leron Eaddy lead the Governors in tackles. Clark and Shuler each has 21 stops while Eaddy has 19. Clark leads the Governors in solo stops with 16 while Shuler owns the most assists with 12.

For a third straight season Ben Campbell is the Austin Peay punter. The Johnson City native displayed much improvement in 2012, averaging 38.7 yards per punt–more than a yard better than the previous season. He had 20 punts downed inside the 20-yard line with 17 boots being fair caught. He is averaging 39.4 yards per boot this season.

In the first three games junior punter Ben Campbell has booted the ball 23 times. At his current pace he would end with 92 punts. APSU’s record for most single-season punts is held by Grad Wright, who punted 82 times during the 1990 season.

All OVC football games plus home non-conference contests will be televised in HD by the new OVC Digital Network. The OVC is excited to offer LIVE and on-demand streaming video and audio straight to your computer, tablet or smart phone.

All things related to Austin Peay Athletics can be found on Twitter @LetsGoPeay and through Facebook at www.facebook.com/apsugovs. [4] For all your APSU athletics needs, be sure to visit www.LetsGoPeay.com [5]