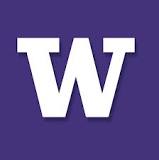 A quick glance at a world precipitation map shows that most tropical rain falls in the Northern Hemisphere. The Palmyra Atoll, at 6 degrees north, gets 175 inches of rain a year, while an equal distance on the opposite side of the equator gets only 45 inches. Scientists long believed that this was a quirk of the Earth’s geometry – that the ocean basins tilting diagonally while the planet spins pushed tropical rain bands north of the equator. But a new University of Washington study shows that the pattern arises from ocean currents originating from the poles, thousands of miles away.

The findings, published Oct. 20 in Nature Geoscience, explain a fundamental feature of the planet’s climate, and show that icy waters affect seasonal rains that are crucial for growing crops in such places as Africa’s Sahel region and southern India.

In general, hotter places are wetter because hot air rises and moisture precipitates out.

After using other observations to calculate the ocean heat transport, the authors next used computer models to show the key role of the huge conveyor-belt current that sinks near Greenland, travels along the ocean bottom to Antarctica, and then rises and flows north along the surface. Eliminating this current flips the tropical rain bands to the south.

The reason is that as the water moves north over many decades it gradually heats up, carrying some 400 trillion (that’s four with 14 zeroes after it) watts of power across the equator.

For many years, slanting ocean basins have been the accepted reason for the asymmetry in tropical rainfall.

“But at the same time, a lot of people didn’t really believe that explanation because it’s kind of a complicated argument. For such a major feature there’s usually a simpler explanation,” Frierson said.

The ocean current they found to be responsible was made famous in the 2004 movie “The Day After Tomorrow,” in which the premise was that the overturning circulation shut down and New York froze over. While a sudden shutdown like in the movie won’t happen, a gradual slowing – which the recent United Nations report said was “very likely” by 2100 – could shift tropical rains south, the study suggests, as it probably has in the past.

The slowdown of the currents is predicted because increasing rain and freshwater in the North Atlantic would make the water less dense and less prone to sinking.

“This is really just another part of a big, growing body of evidence that’s come out in the last 10 or 15 years showing how important high latitudes are for other parts of the world,” Frierson said.

Frierson’s earlier work shows how the changing temperature balance between hemispheres influences tropical rainfall. A recent study by Frierson and collaborators looked at how pollution from the industrial revolution blocked sunlight to the Northern Hemisphere in the 1970s and ’80s and shifted tropical rains to the south.

“A lot of the changes in the recent past have been due to air pollution,” Frierson said. “The future will depend on air pollution and global warming, as well as ocean circulation changes. That makes tropical rainfall particularly hard to predict.”

Co-authors of the paper are Yen-Ting Hwang, Elizabeth Maroon, Xiaojuan Liu and David Battisti at the UW; Neven Fuckar at the University of Hawaii; Richard Seager at Columbia University; Sarah Kang at South Korea’s Ulsan National Institute of Science and Technology; and Aaron Donohoe at the Massachusetts Institute of Technology.

Bill Larson
Bill Larson is  is politically and socially active in the community. Bill is a member of the Friends of Dunbar Cave. You can reach him via telephone at 931-249-0043 or via the email address below.
RELATED ARTICLES
Tech/Science