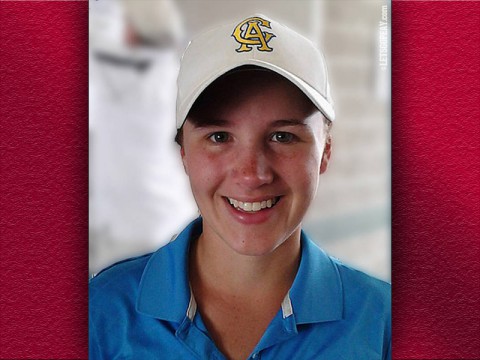 Overall as a senior, Moore owned a 37.9-stroke average for nine holes (75.8 per 18), capturing the Father Ryan Invitational with a 1-under 71 while shooting a 79 at the Hendersonville (Bluegrass Golf Club) and a 76 at the Davidson Invitational at Old Hickory Golf Club.

“We are excited to have Anna Michelle as a Lady Gov,” APSU coach Sara Robson said. “She has had an outstanding high school career and I am excited to help her take her game to the next level. She is extremely dedicated, a hard worker and a very good student. Her character, determination, excitement, and dedication to golf and academics are a perfect fit for what our program stands for.”

As a senior, Moore made steady improvement over junior numbers, when she averaged 38.8 per nine holes (77.18 per 18). In three different invitational tourneys, she shot 74, 76 and 76. She captured the district tourney at Swan Lake with another 76 before finishing sixth in the state. Moore took seventh in the 2011 Class A-AA championship and 22nd as a freshman in 2010.

With the Lady Govs losing a pair of seniors (Rachel Deaton, Tala Mumford) to graduation in the spring, Moore is expected to challenge for a lineup spot in her first season.