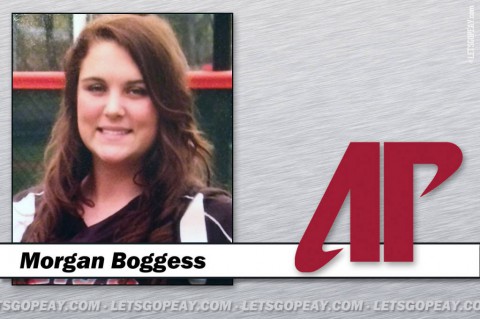 The righty-throwing Boggess earned All-District 5-AA honors each of her three seasons and district MVP in 2013.

Meigs County has won the district’s regular season and tournament title every year with Boggess on the roster, advancing to the state sectionals twice and the TSSAA Class AA State Tournament last spring thanks to a 9-4 record with 76 strikeouts against just 12 walks in 89 innings.

“I think she’s got great potential,” Paris said. “She’s kind of a diamond in the rough who has a chance to be pretty special. She’ll get better the more she learns about approaching hitters at this level, but she’s more of a finesse pitcher with good command.”

A solid hurler with a power bat, Boggess fits the mold of many of Paris’ recruits in that she can hit for herself when pitching. In three years with Meigs County, she’s batted .379 with 25 home runs and 99 RBI.

“She’s going to pitch and hit for herself, and we like that in a lot of our recruits,” Paris said. “She’s definitely got power, and she’s got a chance to be a big RBI threat who complements the other big hitters we’re bringing in.”

The daughter of Jeff and Jamie Boggess, Morgan plans to major in nursing at Austin Peay.