Clarksville, TN – On December 14th, 2013 at 6:54am, Clarksville Police Officer Larry Harris responded to a crash at Tylertown Road and Roscommon Way.

An unknown motor vehicle struck and killed Austin McReynolds, Private First Class (PFC), Fort Campbell, between the hours of 2:30am and 2:45am.

PFC McReynolds had been at O’Connors Irish Pub and Grill, 1198 Tylertown Road, and was walking east bound on Tylertown Road for an unknown reason. 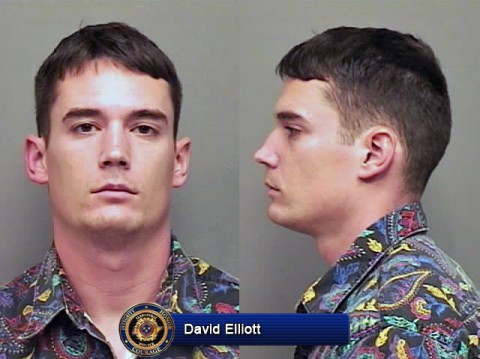 The unknown motor vehicle then fled the scene without providing assistance to PFC Mcreynolds, providing their information, or calling 911.

About seven hours later, Clarksville Police officers searched the area and found a suspicious 2008 Ford Expedition, at 844 Cindy Jo Court, with fresh front end damage consistent with a collision with a pedestrian. The vehicle owner was identified as US Army Captain David Elliott, Fort Benning, GA.

Cpt Elliott admitted to drinking alcoholic beverages, also at O’Connors, before driving his vehicle upon Tylertown Road, where he struck a “deer.”

Cpt Elliott was taken into custody for vehicle homicide, driving under the influence (2nd offense), driving on a suspended license, and immediate notice of accident. Cpt Elliott is being held without bond until seeing a Montgomery County judge on Monday morning.

This is an ongoing investigation. There is no further information at this time.