Brentwood, TN – Chris Horton, who had 21 points, 11 rebounds and four blocked shots against Liberty, Saturday, has been named Ohio Valley Conference Player of the Week.

That was announced Monday by the league office. 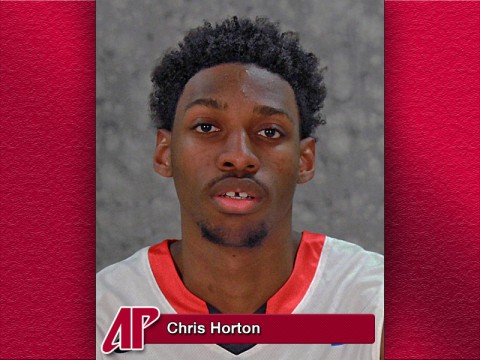 This was the first OVC Player of the Week honor for the 6-8, 205-pound sophomore center. The reigning OVC Freshman of the Year, Horton earned the OVC weekly freshman honor nine times in 2012-13.

In earning the player award, the Decatur, GA, native Horton connected on 8-of-10 field goals in tallying his season’s second 20-point outing. The 11 rebounds made it his fifth double-double this season.

After Saturday’s victory, Horton and the Governors will embark on a busy schedule this week, first playing at Vanderbilt, 8:00pm, before facing Lipscomb at home, 7:00pm, Thursday. The Govs will wrap up the week with a 3:00pm contest at East Tennessee, Saturday, before breaking for the Christmas holidays.