Despite not playing a match last week, Di Salvo earns the honor based on her previous week’s body of work, when she went 2-0 at No. 2 singles. 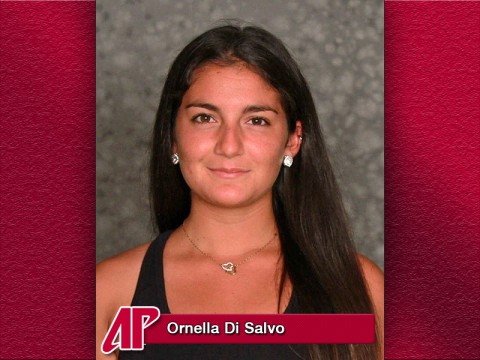 The Argentinian knocked off Natasha James, 6-3, 7-5, for the Lady Govs only win against the Purple Aces, February 28th.

She continued an early-season five-match win streak when she defeated Lindsey Wilson College’s Alicia Rodriguez, 6-1, 6-2, in the Lady Govs March 1st win against the third-ranked squad in NAIA.

She and doubles partner Andra Cornea were instrumental in Austin Peay’s win against Lindsey Wilson, also picking up an 8-5 win at No. 1 against Alejandra Galvis and Sarah Bernos to help Austin Peay move to 3-6 on the season.

Di Salvo brings home the first OVC Player of the Week honor for the Lady Govs since Cornea won for the week of April 11th, 2012.