[1]Clarksville, TN – The next meeting of the Clarksville (TN) Civil War Roundtable will be on Wednesday, March 19th, 2014 at the Bone & Joint Center, 980 Professional Park Drive, right across the street from Gateway Medical Center. This is just off Dunlop Lane and Holiday Drive and only a few minutes east of Governor’s Square mall.

The meeting begins at 7:00pm and is always open to the public. Members please bring a friend or two – new recruits are always welcomed. 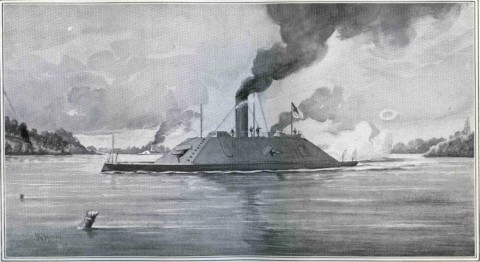 This month’s program explores Union and Confederate naval policies as they expanded world-wide and influenced matters of Southern sovereignty and the war itself.

The essential foreign policies of Presidents Lincoln and Davis become clear in the parts they played in the struggle for the Queen’s favor in order to win the war.

Look for many surprises to come out of this presentation, for example, the tremendous impact of Mr. Davis’s largest but least known naval force; and the single greatest advantage suddenly and unexpectedly handed to Mr. Lincoln by Queen Victoria. Despite her position of neutrality, war with the mother country was narrowly avoided on a number of occasions for reasons that may also come as a surprise.

The program will shed new light upon other matters in which the handprint of the British was left, such as ironclads, commerce raiding and blockade running. The British influence upon American policy and vice-versa are laid open while examining yet another relatively unknown factor—the partnership between the Union Army and Navy on the coast and on rivers.

The program also takes head-on the questions of the effectiveness of blockade and counter-blockade activities and dissects the almost mythical role of raiders and runners. The program will finish with the vital influence of foreign policy in producing Union dominance of the American waters and bringing the War for Southern Independence to its conclusion.

Our speaker this month is Kent Wright, program chair of the Tennessee Valley Civil War Roundtable in Huntsville, Alabama. Kent also runs the annual tours for the group. He is a former U.S. Navy veteran as well as working in the nuclear energy industry after his service. He has been researching naval topics for the past 25 years and has given several presentations on naval topics to Civil War interest groups.

We welcome Kent back to speak to us this month!