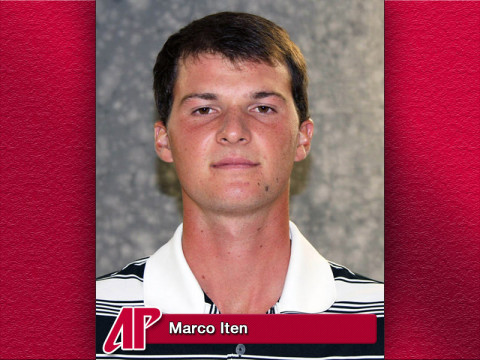 His final-round three-under 69 was his third sub-70 round of the season, enabling him to take home his first individual trophy since the 2011 F&M Bank APSU Intercollegiate. He shot that 69 in impressive conditions – in 30 mile per hour winds, the average final-round score was 78.

The Swiss-bred Iten shared medalist honors with Vanderbilt’s Carson Jacobs and defeated five players ranked in the GolfStat rankings top 250. The Govs, ranked 86th in the latest GolfStat team rankings, defeated three other top-100 teams in Naples; for his work, Iten moved into the top-250 as an individual and ranks 205th this week.