Three arrests were made in conjunction with the operation: Sasha Gail Young, Ashley Jimenez and Matiya Johnson.

This is an ongoing operation. There is no further information. 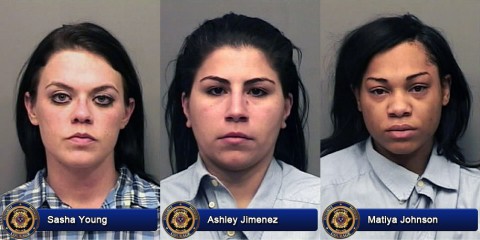