At 2-4 in the OVC (5-10 overall), the Lady Govs currently find themselves outside the field for the OVC Tournament field, but are just a half-game behind Eastern Illinois, SIU Edwardsville and UT Martin, who are currently locked in a three-way tie for the final two tournament spots.

This weekend will provide a difficult test for the Lady Govs – the Colonels currently top the OVC with an 8-0 conference mark (11-7 overall) and Morehead State is third at 5-2 (8-10). 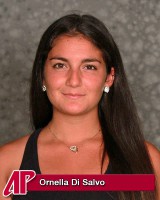 Junior Ornella Di Salvo has been strong of late, winning seven of her last 10 singles matches. Freshman Hannah Tatlock has come away victorious in her last two matches and owns Austin Peay’s only other winning spring record during the spring at 7-6 overall.

Di Salvo and senior Andra Cornea have been strong at No. 1 doubles, posting a 6-5 mark; however, the other two doubles pairs have combined to go just 7-16, and no pairing aside from the Di Salvo-Cornea combination has a win since March 1st. 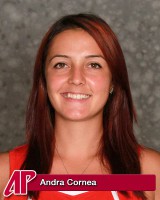 Morehead State had won three straight before dropping an in-state battle against the Colonels, Tuesday. Sophomore Briar Preston has thrown her name into the ring for OVC Player of the Year, posting a 13-4 mark at No. 1 singles.

The Colonels 5-2 win against Morehead State was their eighth in a row and put them on course for a third consecutive OVC Tournament title. Junior Amandine Faouzi, the reigning OVC Player of the Year, has posted just an 8-8 mark, but classmate Kristina Labeja is 13-3 overall, including a 6-1 mark at No. 1 singles.