Nashville, TN – The Nashville Sounds held it close through seven innings of Wednesday’s morning game at Greer Stadium, but a six-spot in the eighth by the visiting Memphis Redbirds proved to be the difference in Nashville’s 7-1 loss.

Tied 1-1 in the 8th inning, the Redbirds loaded the bases for Memphis outfielder Randal Grichuk, 2-for-3, who drew a walk from Donovan Hand to give Memphis the lead. 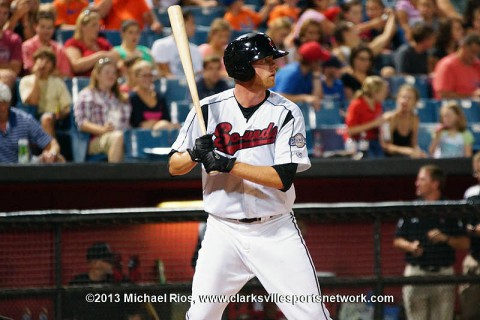 The inning continued with each of Memphis’ batters stepping to the plate. Oscar Taveras and Xavier Scruggs provided the big hits for the R-birds, each with two-run singles. Catcher Audry Perez tacked on one more with his single into right field.

Michael Blazek (0-1) started the inning, allowing a hit and walk to Memphis, before Hand came in with relief. The right-hander allowed both of his inherited runners to score and was charged with four himself over 1/3 inning. Johnnie Lowe closed out the frame, but not before allowing Perez’s RBI-single.

The bright spot on the day was the performance turned in by Sounds starter and Milwaukee Brewers top prospect Jimmy Nelson, who limited Memphis batters to one run on three hits across six innings of work for his third consecutive quality start this season. He fanned six Redbirds and walked two, throwing 64 of his 101 pitches for strikes.

Down 1-0, Sounds catcher Matt Pagnozzi tied the game in the fifth inning with a two-out single into left-field. The hit was Pagnozzi’s first of the season and scored outfielder Eugenio Velez from second base.

Velez drove a double into right field to begin the inning, giving him hits in each of his nine starts this season. He closed out his 2013 campaign on a 22-game hit streak.

Memphis’ Grichuk hit a triple in the third inning for the Redbirds first run. The extra-base hit scored starting pitcher Tyler Lyons (2-0), who reached base on balls.

Lyons scattered five Nashville hits over seven innings to pick up his second win of the year, striking out six and walking one.