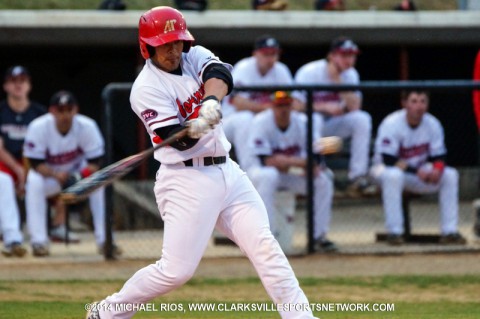 Austin Peay (16-24) returns home after posting a 2-2 record during its four-game road trip, which concluded with a 2-1 Ohio Valley Conference series victory at Belmont.

The Govs return to Raymond C. Hand Park where they are 10-13 this season, but will seek to stop a two-game losing streak.

Two-way man Alex Robles leads the Govs with a .351 batting average this season. He enters this week as the reigning OVC Pitcher of the Week, but will not take the bump again until Friday. Utility man Ridge Smith leads the Govs with 31 RBI, the first Govs hitter to surpass 30 RBI this season, and is batting .280 during the campaign. Catcher P.J. Torres leads APSU with six home runs.

Austin Peay will hand the ball to right-hander Caleb Powell to start Wednesday’s contest. It will be Powell’s sixth start and third consecutive midweek start. In his last two starts – against Memphis and at Southern Illinois – Powell has tossed four scoreless innings. He will bring an 0-1 record and 7.18 ERA into Wednesday’s contest.

Middle Tennessee (19-21) has lost three of its last four contests as it wraps up a five-game road trip with Wednesday’s contest. Utility man Trent Miller leads the Blue Raiders with a .348 batting average and 29 RBI entering the contest. Outfielder Jared Allen has notched seven home runs and 25 RBI during the campaign.

The Blue Raiders will start right-hander Heath Slatton, who will make his season’s first start. In his 17 relief appearances this season he has compiled a 2-1 record and 5.19 ERA.

Wednesday’s meeting is 199th meeting all time between Austin Peay and Middle Tennessee. The Blue Raiders own a 127-71 advantage in the series, but APSU has won five of the last seven meetings.