HomeNewsTennessee ranks 6th in the Nation for Insurance Claims Resulting from Lightning...
News 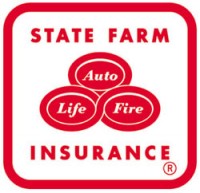 Lightning is an underrated danger and the second leading cause of storm-related deaths in the U.S., exceeded only by floods. Most lightning claims were surge or power related.

Damage is generally caused by power surges carried by the electrical wiring, TV cable, or phone lines serving the home or business and usually involve one or more electronic items.

According to State Farm, Tennessee paid out more than $5 million in lightning claims. Georgia led the nation in claims resulting from lightening in 2013 with nearly $15 million paid out.

Spring and summer are the times of year when lightning is most frequent. In recent years, lightning strikes cost nearly $1 billion in insured losses, according to the Insurance Information Institute (I.I.I.).

As the number of electronics in homes and businesses rises, so does the risk of damage. Plasma and high-definition television sets, home entertainment centers, multiple computers, smart phones, gaming systems and other expensive devices continue to have a significant impact on the number of claims.

The focus of the campaign, sponsored by the Lightning Protection Institute, is to educate the public about the benefits of lightning protection in accordance with national safety standards. Consider the following tips to protect your home or business:

Last year twenty eight people were killed by lightning. In fact, 85% of lightning victims are children and young men ages 10-35 engaged in recreation or work. To prevent death or injury, the Lightning Protection Institute advises the following: