Nashville, TN – Starting pitcher Mike Fiers was added to the Pacific Coast League All-Star team by the league office and will represent the Nashville Sounds in the Triple-A All-Star Game on Wednesday, July 16th at Durham Bulls Athletic Park in Durham, North Carolina.

Fiers holds a 2.63 ERA for 4th best in the PCL and has tossed quality starts in nine of his 13 outings with Nashville. The 29-year-old is holding PCL opponents to a .215 average, which ranks 5th among league hurlers. 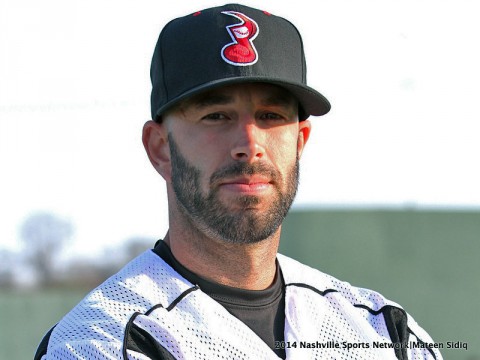 The right-handed hurler led the minors in strikeouts through June 7th, prior to a big league call up, and currently ranks 4th in the PCL with 103 in 78 2/3 innings, walking only 11 batters on the year. He paces all PCL hurlers in strikeouts per nine innings (11.78).

He recorded a career-high 12 strikeouts in eight innings in win on April 19 at Omaha only to out-do himself on May 10th, when he twirled 13 strikeouts over 6 2/3 scoreless frames to earn a victory at Iowa.

In addition to his time with the Sounds, Fiers made four appearances for Milwaukee during a two-week stint in mid-June, posting an 0-1 record and 2.57 ERA in four relief outings for the Brewers.

The All-Star nod is the second mid-season honor for Fiers. He was previously recognized as a Florida State League All-Star in 2010 and was named an honorable mention Pioneer League All-Star at the conclusion of his first professional season in 2009.

The 2014 Triple-A All-Star Game will be broadcast live on television on MLB Network and the Armed Forces Network as well as on the radio on 102.5 FM “The Game” at 6:00pm CT.