Nashville, TN – The Tennessee Bureau of Investigation has a new addition to the state’s Top Ten Most Wanted list, Svante Ebinare Hinton of Knoxville, TN.

Svante Hinton is wanted by the Knox County Sheriff’s Office and the Tennessee Bureau of Investigation.  Hinton was charged with Attempted 2nd Degree Murder from an incident that occurred in Knox County in 2012. 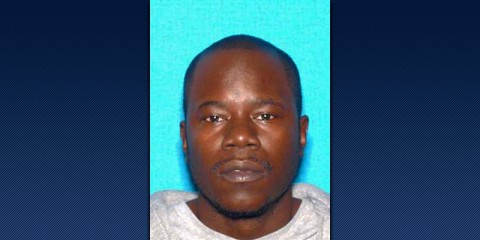 On July 22nd, 2014, Hinton walked out of the Knox County Criminal Court during his trial.

He is also wanted for Failure to Appear for a charge of Attempted 1st Degree Murder and Employing a Firearm During a Dangerous Felony.

Hinton, age 35, of Knox County, has a last known address of 1308 Maryland Avenue in Knoxville, TN. He is described as an African American male with black hair and brown eyes. He is approximately 5 foot 9 inches tall and weighs about 170 pounds. He has a scar on his face and his right hand.

Hinton has a criminal history of burglary, assaulting a police officer and various traffic charges. Anyone with information on the whereabouts of Svante Hinton is urged to call TBI at 1.800.TBI.FIND (1.800.824.3463) or the Knox County Sheriff’s Office at 865.215.2442. There is a $1,000 reward for information leading to his arrest.