Nashville, TN – The Tennessee Bureau of Investigation has obtained indictments for a former Humphreys County teacher accused of using a school-issued credit card for her personal benefit. 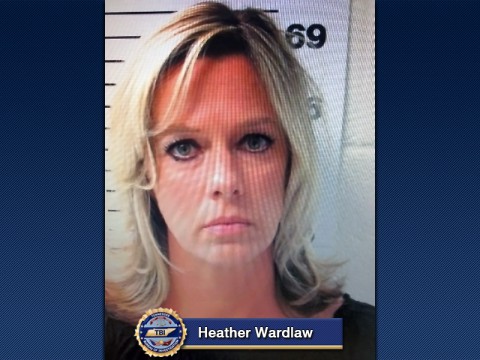 During the course of the investigation, and with the assistance of the Tennessee Comptroller of the Treasury, investigators developed information that between August 2009 and November 2013, Wardlaw, an art and social studies teacher at Lakeview Elementary School, misappropriated $11,527.41, nearly $9,000 of which was spent on personal items — including clothing, an iPad, and alcoholic beverages – using a school-issued Walmart credit card.

Additionally, investigators learned Wardlaw took more than $2,500 from an account belonging to an after-school basketball program she managed for her personal use.

On Monday, the Humphreys County Grand Jury returned an indictment for Wardlaw, charging the 40-year-old Eva woman with one count of Theft over $10,000.

This Thursday afternoon, she turned herself in to TBI Agents at the Humphreys County Jail, where she was later released after posting $10,000 bond.