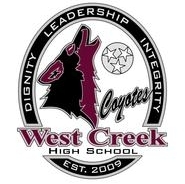 The Floyd return made it 10-0, as it came after Tyler Moore had sent the Coyotes (1-0) into intermission up 3-0 with a 23-yard field goal at the horn to end the first half. 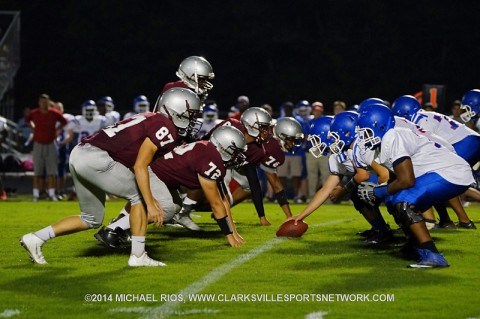 West Creek would add its first offensive touchdown of the night two drives later, with Jessie Strother setting up the touchdown by rumbling 49 yards on the first play of the drive to move the ball from the Coyotes 47-yard line down to the Rebels 12.

Strother would lead all Coyotes runners with 84 yards on just seven carries.

Three plays later, quarterback Jordan Justice hit TyRee Townsend with a little swing pass out of the backfield for the four-yard touchdown, making it 17-0 with 4:38 left in the third quarter.

West Creek’s defense would account for the next Coyotes score, as they forced Todd County’s quarterback Cody Garcia to fumble the ball inside their own 20-yard line, with defensive back Jaylen Tate scooping up the ball on the 16-yard line – in a full run – and racing into the end zone for a touchdown on the first play of the fourth quarter to give West Creek a 24-0 advantage.

Todd County would finally get on the board on their ensuing possession after giving up the fumble for a score, picking up first downs on four consecutive plays to march from the Rebels 20-yard line down to the Coyotes 14.

Two plays later, Naytrimus Harris would go in from eight yards out for the Rebels to make it a 24-7 contest, with 9:40 left in the game.

West Creek would take advantage of a 34-yard run by Townsend and a personal foul penalty to set up its final touchdown of the night, going from their own 34-yard line down to the Todd County 17.

Townsend finished the night rushing for 77 yards on 13 carries.

Damari Moore would cash in two plays later, going in from nine yards out for the final score of the night to wrap up the 31-7 victory for the Coyotes.

West Creek will return to action on August 29th, as they play their second team from the Blue Grass State, traveling to Hopkinsville High School for a 7:00pm contest at the Stadium of Champions, while Todd County returns to the Queen City to square off against Northwest High School – also a 7:00pm start.