TBI arrests Mother and Daughter for False Report of Rape

Nashville, TN – Tennessee Bureau of Investigation has arrested a Lewis County mother and daughter accused of filing a false report of rape.

During the course of the investigation, Agents developed information that on June 14th, during a domestic argument, Regina Hobbs pointed a firearm at her husband at their residence on Thomas Avenue in Hohenwald. 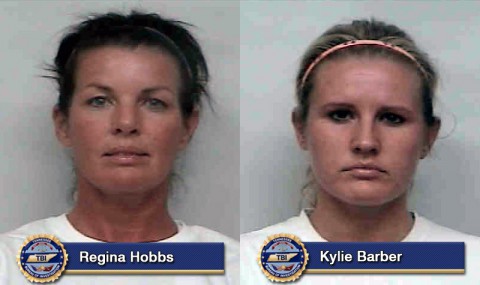 The husband called 911 to report the incident.

When officers from Hohenwald Police responded, Hobbs reported her husband, a Tennessee Highway Patrol trooper, had raped and assaulted her. Barber, Hobbs’ daughter, later told Hohenwald police she walked in on the alleged rape.

The reports resulted in officers arresting Hobbs’ husband. The TBI investigation later revealed the allegations of rape and assault were false.