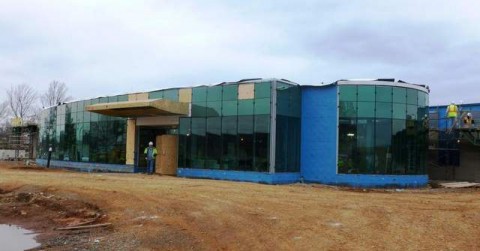 The program will include a special tribute to our wounded, ill and injured soldiers by country music artist Jamie Lee Thurston, as well as remarks by SGM Robert Haemmerle, who was treated at the first Intrepid Spirit Center at Fort Belvoir, Virginia, for a traumatic brain injury he suffered as a result of a suicide bombing attack in Afghanistan.

Fort Campbell’s Intrepid Spirit Center is the third in a series of nine planned centers to open nationwide, funded and built by the Intrepid Fallen Heroes Fund through a $100 million public fundraising campaign. To date, Centers at Fort Belvoir, Virginia and Camp Lejeune, North Carolina are open and operating, and have treated 2,000 service members. Two additional centers are currently under construction at Fort Bragg, North Carolina and Fort Hood, Texas. Each is gifted to the Department of Defense upon completion.

Each NICoE Satellite Center will incorporate:

Traumatic Brain Injury (TBI) occurs when a sudden trauma or head injury disrupts the function of the brain. Common causes of TBI include damage caused by explosive devices, falls and vehicle or motorcycle accidents. Most reported TBI among Operation Enduring Freedom and Operation Iraqi Freedom service members and veterans have been traced back to Improvised Explosive Devices, or IEDs, used extensively against Coalition Forces. Symptoms can appear immediately or in the weeks and months following the injury.