Jimmy Nelson and Clint Coulter Named Recipients of the Robin Yount Performance Pitcher and Player of the Year Awards, Respectively 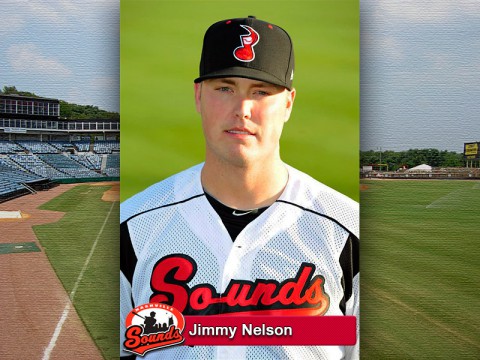 At the time of his promotion to Milwaukee on July 11th, Nelson led the minor leagues in ERA, ranked third in the minors in strikeouts, and tied for the Pacific Coast League lead in wins.

Nelson, who entered the 2014 season as the top prospect in the organization according to Baseball America, was named the PCL’s starting pitcher for the 2014 Triple-A All-Star Game, but did not play due to his big league promotion.

In addition, Nelson was named to the All-PCL Team and was named PCL Pitcher of the Year. In 11 starts with Milwaukee this season, he is 2-7 with a 4.38 ERA, including 52 strikeouts and 18 walks in 63.2 innings pitched.

The Brewers selected Nelson in the second round of the 2010 First-Year Player Draft from the University of Alabama.

Coulter was selected as the starting designated hitter for the Western Division at the 2014 Midwest League All-Star Game and was named as the DH on the league’s Postseason All-Star Team. He was drafted by the Brewers in the first round of the 2012 First-Year Player Draft out of Union (WA) High School.