Toledo, OH – Austin Peay State University men’s golf team will participate in its second fall tournament when it travels to Ohio to participate in the Inverness Intercollegiate, to be played at the historic Inverness Club. 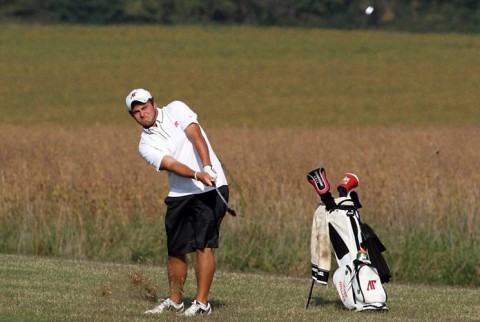 In addition, host Toledo, Michigan State and Yale also will be participating.

The two-day, 54-hole event will be played on a par-71, 7,300-yard layout at Inverness, the host of nine major championships, including four U.S. Opens and a pair of PGA Championships since the course was opened in 1903. It is still ranked as one of the top “Classic Golf Courses” in the country.

“This will be a little different. It is more of an old-school course where it is tree lined, a little shorter and you have to place your shots around. It is something we will have to be aware of and work on.”

The Governors will take three veterans—senior Tucker Wallace [2], juniors Austin Kramer [3] and Chris Baker [4]—and two freshmen—Jonas Vaisanen [5] and Justin Arens [6]. Kramer and Baker finished in a 13th-place tie in the GolfWeek Conference challenge, shooting 221s, while Arens and Vaisanen closed the tourney with their best respective rounds, 76 and 74, respectively. Tucker didn’t participate in the season-opening tourney.

After playing a three rounds of 18 holes last week in the GolfWeek College Challenge, the Govs will play 36 holes Monday and 18 Tuesday.

“It will be our first 36-hole day and it will be a challenge,” Korte said. “We have tried to get as many (conditioning) workouts in to get them in the best shape as possible.

“But at the same time on qualifying days we have not done those workouts because I want them to be at their best on the course. I am going to challenge them as much as possible to see who we will emerge at the end of all this (fall). They all will have a chance to play in the fall. The good thing about having eight guys, they all are going to get a chance to play in one, maybe two tournaments this fall.”