Clarksville, TN – On Monday, October 13th, 2014 at 4:32pm, the Clarksville Police Department responded to a Aggravated Assault at the 200 block of Northridge Drive.

The victim stated that he was standing outside by the garage when individuals he knew as “TJ” and a juvenile (first & last name of juvenile was given) drove by and shot him. The victim did not provide any more details.

The victim was transported by EMS to Gateway Medical Center. He does not appear to have life threatening injuries from being shot. 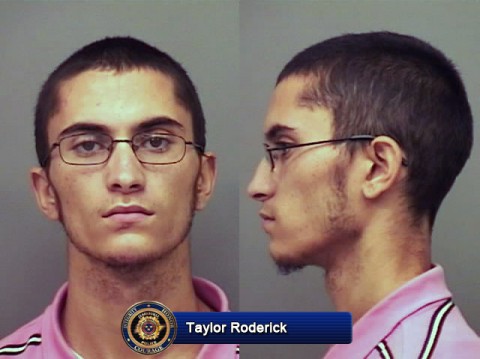 There were multiple witnesses who confirmed that TJ and the juvenile, in an older model 4 door Red Saturn, were the individuals responsible for shooting the victim.

The witnesses gave conflicting statements as to who they actually saw fire the weapon when it struck the victim, but they each claimed that the shot came from the passenger side window.

Due to the witness information, Law Enforcement Officers from the CPD and the Montgomery County Sheriff’s Office, including SRO Runyon-Davis, were able to apprehend both suspects and the weapon involved in the shooting only a few hours after the incident occurred. They were both charged with Aggravated Assault.

MCSO Deputies apprehended the juvenile at a county address with the backpack that contained the weapon involved in the shooting.

This was not a random shooting. The victim and the suspects knew each other.

There is no further information at this time.