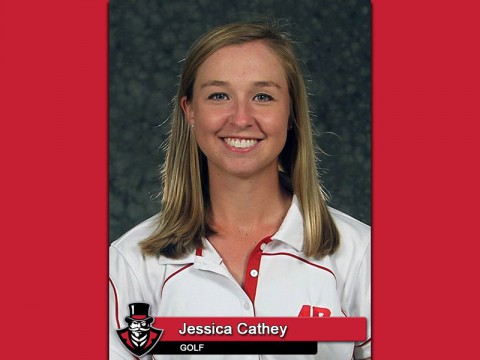 Cathey finished tied for fourth out of 58 competitors at the UAB Fall Beach Blast held at The Peninsula Golf Club in Gulf Shores, Alabama. She carded rounds of 71-75 to finish at 146 (+2), three shots behind the medalist.

The fourth-place finish was her best this fall—she finished sixth in the Drake Creek Intercollegiate back in early September.

Overall Austin Peay had a final Beach Blast round score of 300, its best round of the fall. After the fall season the Cathey is tied for seventh in the OVC in stroke average (76.0).

The Hixson native is a two-time All-Ohio Valley Conference selection.