Clarksville, TN – With a team made up primarily of sophomores, Austin Peay State University men’s cross country will start postseason when it competes at the Ohio Valley Conference Cross Country Championships, 9:00am, Saturday, at Oxford Lake and Recreation Center in Oxford, Alabama. 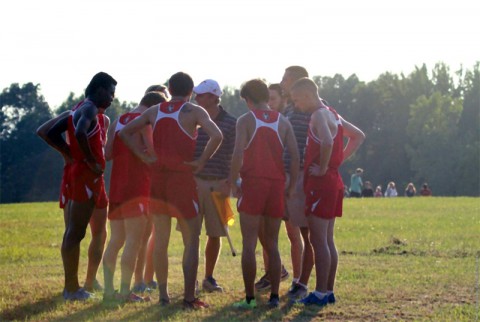 Sophomore Daniel Hamm, who claimed four top-20 finishes and claimed the No. 1 position in four out of five meets, leads the Govs into the postseason. Hamm already has experienced success on this course, claiming the individual championship at the JSU Foothills Invitational, held October 4th.

Sophomore Kyle Harmon, who has claimed top-20 finishes in each of the last three races, looks to be the No. 2 runner for the Govs. Harmon finished a season high sixth place at the JSU Foothills Invitational. His classmate Alex Haycraft has recorded three consecutive top-20 finishes and was the first Gov across the line at the APSU Invitational.

Positions No. 4 and 5 are a toss up as four different runners have picked up points for the Governors during the regular season. Sophomores Hunter Guthrie and Nathan Sparks along with freshman Mickey Fils will look to place in the scoring five and provide depth for the Govs at Oxford Lake.

After the OVC Championships, the Govs will have a minimum of one more meet as they will travel to the NCAA South Regionals, November 14th, in Tallahassee, Florida.